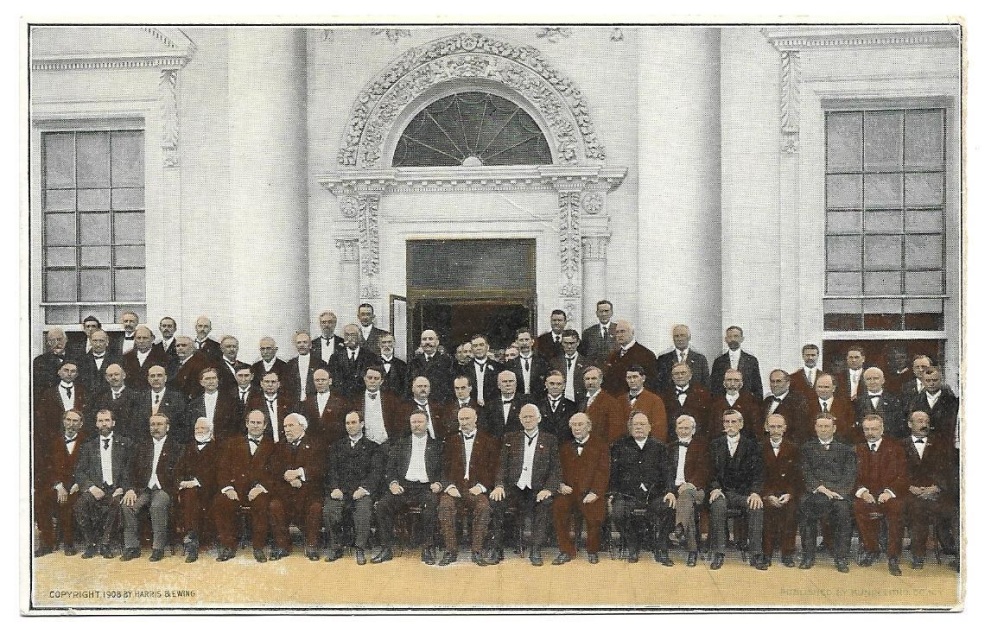 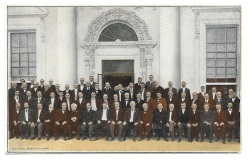 Original postcard that depicts President Theodore Roosevelt and those men who worked with his administration over the nearly eight years that he was in office.

Theodore Roosevelt sits "dead center" with his VP, Charles Fairbanks on his left.  Three men down from Fairbanks is William Howard Taft (we think) and five men down from Taft is George Cortelyou, Secretary of the Treasury. Andrew Carnegie is seated four chairs from the far left.

The card was copyrighted 1908.  Overall, it is in good condition.

The message on the rear of the card is interesting from a Madame Eugenie.