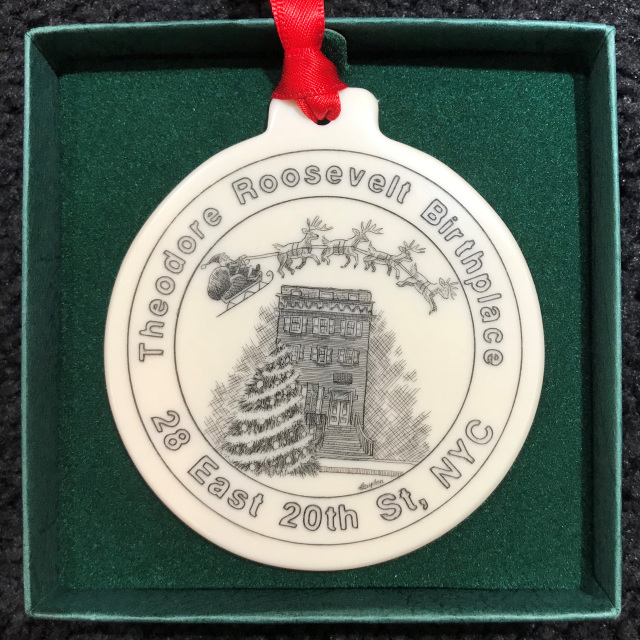 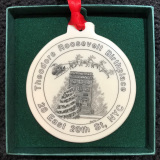 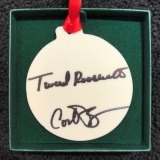 This rare Christmas ornament signed during the 160th anniversary of Theodore Roosevelt's birthday at the Harvard Club, New York on October 27, 2018.

​It is an exact reproduction of the original scrimshawed piece which was made for Tweed Roosevelt, the great-grandson of Theodore Roosevelt. The ornaments were cast in the United States and each individually sanded, hand inked, and finished to the same specification as the original.

​It is the perfect addition to any Christmas tree and an ideal gift selection for all your relatives and friends!

​We are offering a limited number of 10 pieces signed, by Conan O'Brien &