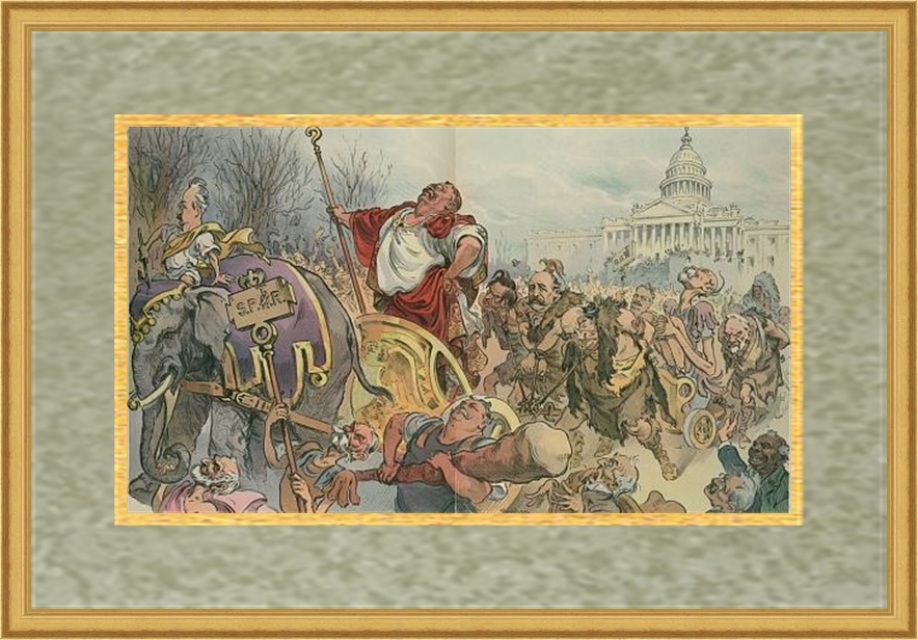 Illustration shows President Theodore Roosevelt, as a Roman emperor, riding in a chariot being pulled by an elephant ridden by George B. Cortelyou; three captives are tied to the back, W.J. Bryan, Alton B. Parker, and another man. Charles W. Fairbanks rides in a smaller chariot with Henry G. Davis as a captive, in tow; next to them Benjamin B. Odell carries a banner labeled "G.O.P.", except that the "P" has been crossed out and replaced with a "T". In the foreground, William H. Taft is carrying a large club. An African American man appears in the lower right foreground.